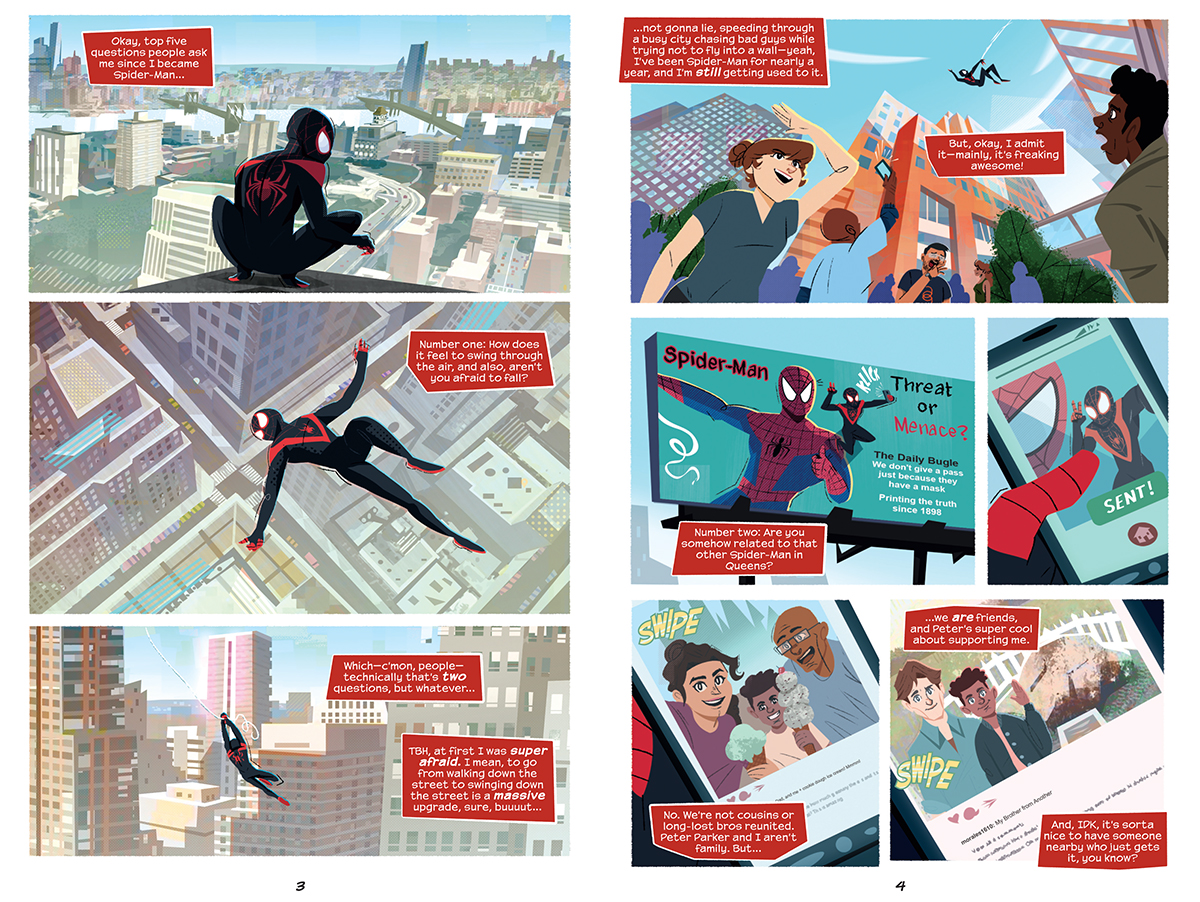 By Justin A. Reynolds   Illustrated by Pablo Leon

An original middle-grade graphic novel from Graphix starring Brooklyn's Spider-Man, Miles Morales, by bestselling author Justin A. Reynolds and Eisner nominee Pablo Leon!Miles Morales is a normal kid who happens to juggle school at Brooklyn Visions Academy while swinging through the streets of Brooklyn as Spider-Man. After a disastrous earthquake strikes his mother's birthplace of Puerto Rico, Miles springs into action to help set up a fundraiser for the devastated island. But when a new student's father goes missing, Miles begins to make connections between the disappearance and a giant corporation sponsoring Miles' fundraiser. Who is behind the disappearance, and how does that relate to Spider-Man? A true middle grade graphic novel starring one of Marvel's most popular characters, bestselling author Justin A. Reynolds (Opposite of Always) and Eisner award-nominated artist Pablo Leon (Refugees) create a riveting story that will connect with new and well-versed comics readers alike.

"Rising star Reynolds draws on devastating real-life experiences to relate how the teenage Afro-Latinx superhero must discover a renewed balance of self even as he negotiates his immense responsibilities… At its heart, the story lifts up the real-world consequences of a series of natural disasters to the proud people of Puerto Rico, challenging us all to recognize our shared responsibility. Big heart and enduring life lessons make this a cherished addition to a viral character’s legacy. — Kirkus, starred review