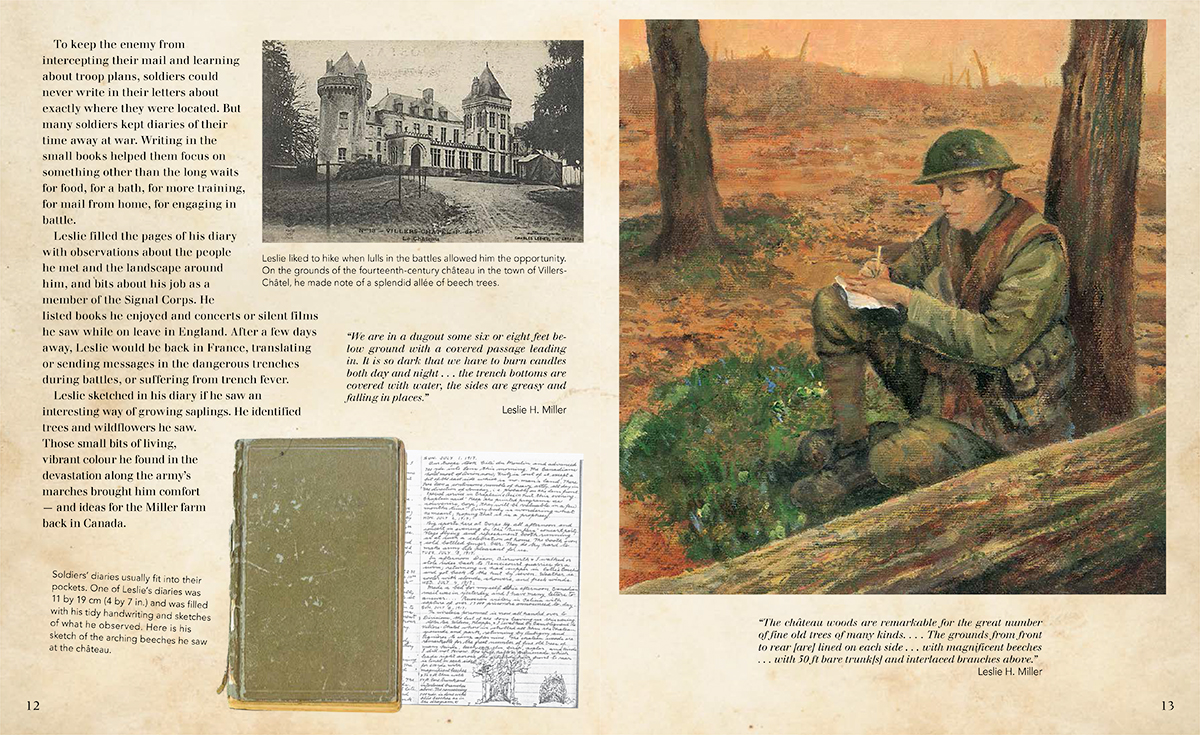 Read an excerpt Available in French Watch a video

The Vimy Oaks: A Journey to Peace

A soldier, a handful of acorns — and a hundred-year legacy of hope, remembrance and renewal.

“I am writing seated at the foot of a large oak,” wrote Leslie Miller in his diary in 1916, while war raged around him. Little could this Canadian soldier have imagined how future generations would come to enjoy the majestic oak trees he grew after his return to Canada.

Standing amidst the devastation of war, Leslie picked up a handful of acorns and mailed them home, where they were nurtured. This small but amazingly hopeful act continues to be felt just as powerfully today, one hundred years after the Battle of Vimy Ridge. The living legacy of Leslie Miller’s “Vimy Oaks” inspires hope as the world remembers and honours the soldiers who served in the First World War.